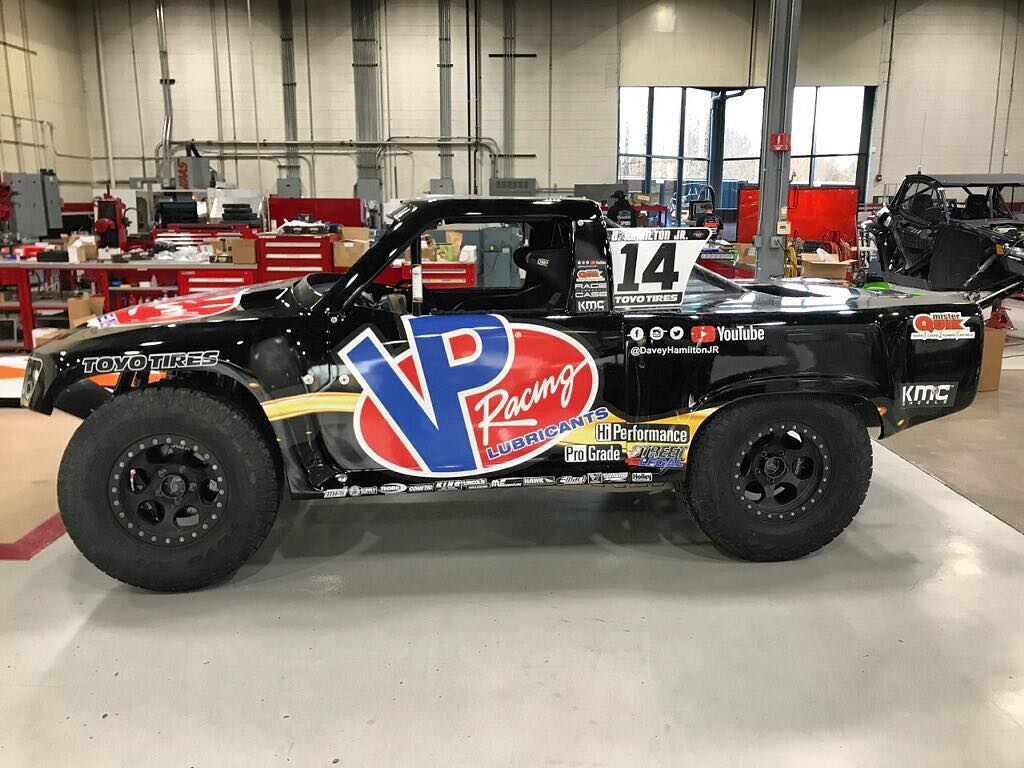 INDIANAPOLIS, INDIANA (January 14, 2019) – Davey Hamilton, Jr. will kick off his 2019 international racing campaign this weekend during the Race of Champions at Foro Sol Stadium in Mexico City. Hamilton will be competing alongside nine other competitors in Stadium Super Trucks, with head-to-head races supporting the Race of Champions.
–
The Foro Sol Stadium is located within the Autodromo Hermanos Rodriguez Formula One circuit. INDYCAR, NASCAR, Le Mans, and Formula One champions from around the world will compete in each day’s Race of Champions, with Hamilton and the SST drivers hitting the same circuit to close the evening. A few modifications – including steel ramps – will help the 650 HP trucks reach their full potential during the exciting head-to-head shootout format.
–
Hamilton, the 2016 King of the Wing Sprint Car Champion, is competing full-time in both Stadium Super Trucks and the USAC Silver Crown Series in 2019. He is relishing the opportunity to race outside of the United States.
“I cannot wait to compete in such a prestigious event at such a historic venue,” Hamilton said. “This is a great chance to show the world what our form of racing is all about and share the pits with the best drivers on the planet!”
–
@daveyhamiltonjr @raceofchampions @vpracingfuels #rocmexico #stadiumsupertrucks